To share your memory on the wall of Shirley ARSENAULT, sign in using one of the following options:

Print
ARSENAULT: Shirley Winnie (nee Nelson) - passed away peacefully at her daughter Patsey's home in Bright on Tuesday February 23, 2021 in her 94th year.

Beloved wife of the late Victor Arsenault who predeceased her May 9, 1990. Loving mot... Read More
ARSENAULT: Shirley Winnie (nee Nelson) - passed away peacefully at her daughter Patsey's home in Bright on Tuesday February 23, 2021 in her 94th year.

Beloved wife of the late Victor Arsenault who predeceased her May 9, 1990. Loving mother of Donald (August 14, 2017) & wife Pat of Woodstock, Patsey & husband Bob Stevenson of Bright, Joan & husband Jim Delahunt of Bright, Marilyn & husband Derek Clough of Woodstock, Kirk of Collingwood Corners, N.S. and Larry & wife Marcia of Ingersoll. Sadly missed by her many grandchildren and many great grandchildren. Dear sister of Dorcas MacEachern of Amherst, N.S., Owen & Shirley Nelson of Brookdale, N.S., Stanley & Carol Nelson of Toronto. Remembered by sisters-in-law Eleanor Nelson of Amherst, N.S., Elizabeth Nelson and Sheila Nelson both of Brookdale, N.S and June Nelson of Whitby and by her many nieces and nephews.

Family and friends can watch the service via live stream if you Click here to view service.

Speical Thanks to Dr. Fryer and the St. Elizabeth Health Care Team. You went above and beyond.

In lieu of flowers, donations to the Alzheimer's Society or the Canadian Cancer Society would be appreciated by the family. Personal condolences can be posted at www.gffh.ca
Read Less

Receive notifications about information and event scheduling for Shirley

We encourage you to share your most beloved memories of Shirley here, so that the family and other loved ones can always see it. You can upload cherished photographs, or share your favorite stories, and can even comment on those shared by others.

Posted Feb 27, 2021 at 11:45am
Deepest sympathy is extended to Shirley’s family , your mom was a very special lady and an awesome Mom . Condolences to you all !
Comment Share
Share via:
MM

Posted Feb 27, 2021 at 09:23am
My sincere sympathies for Shirley's passing . We met a long time ago, through her daughter Joan and husband, my cousin Jim Delahunt. I know that close connections were important to Shirley and all their extended family. May she rest in peace knowing so many will remember her. Mary MacKay, Cape Breton
Comment Share
Share via:
GB

Posted Feb 26, 2021 at 06:40am
Shirley was one of the most kind and loving people i ever had thr pleasure to know. She was like a second mom to me growing up in Bright. I will always remember the smell of home made bread at the Arsenaults home and the kind lady who treated us all with love and understanding. She truly will be missed by so many. My condolences to the entire clan especially to Joan as we were and remain very good friends after all of these years. Rest among the angels Ma
Comment Share
Share via:
D

Posted Feb 25, 2021 at 07:21am
Sorry to hear about Shirley’s passing, she always seemed like a good sport, up for anything. In the early days being a great mentor for my mother Gail. David and Janet Arsenault
Comment Share
Share via:
DM

Posted Feb 24, 2021 at 09:26pm
Please accept our most heartfelt sympathies for your lossour thoughts are with you and your family during this difficult time.

Sorry to hear of your mother's passing Pat. Thoughts and prayers are with you and your family at this difficult time. 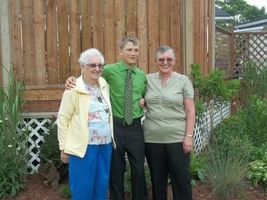 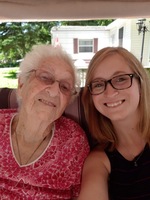 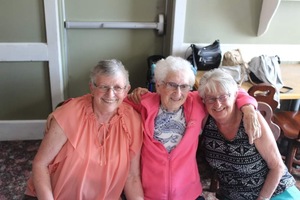 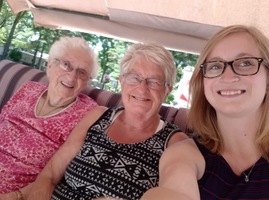